Three dancers enter into a hermetically soft choreography generated entirely by an artificial intelligence and explore the hyper-logical creativity of code. 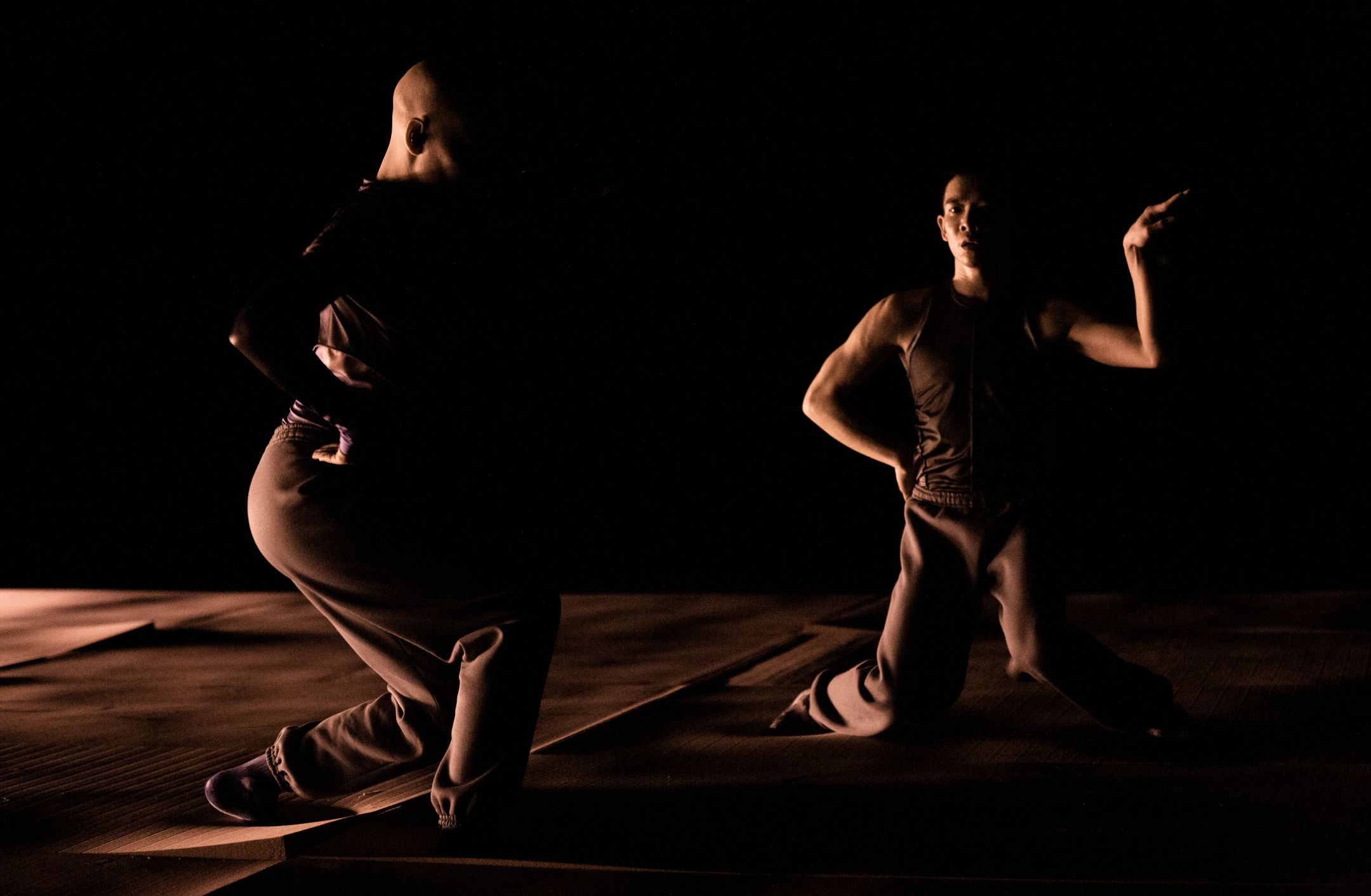 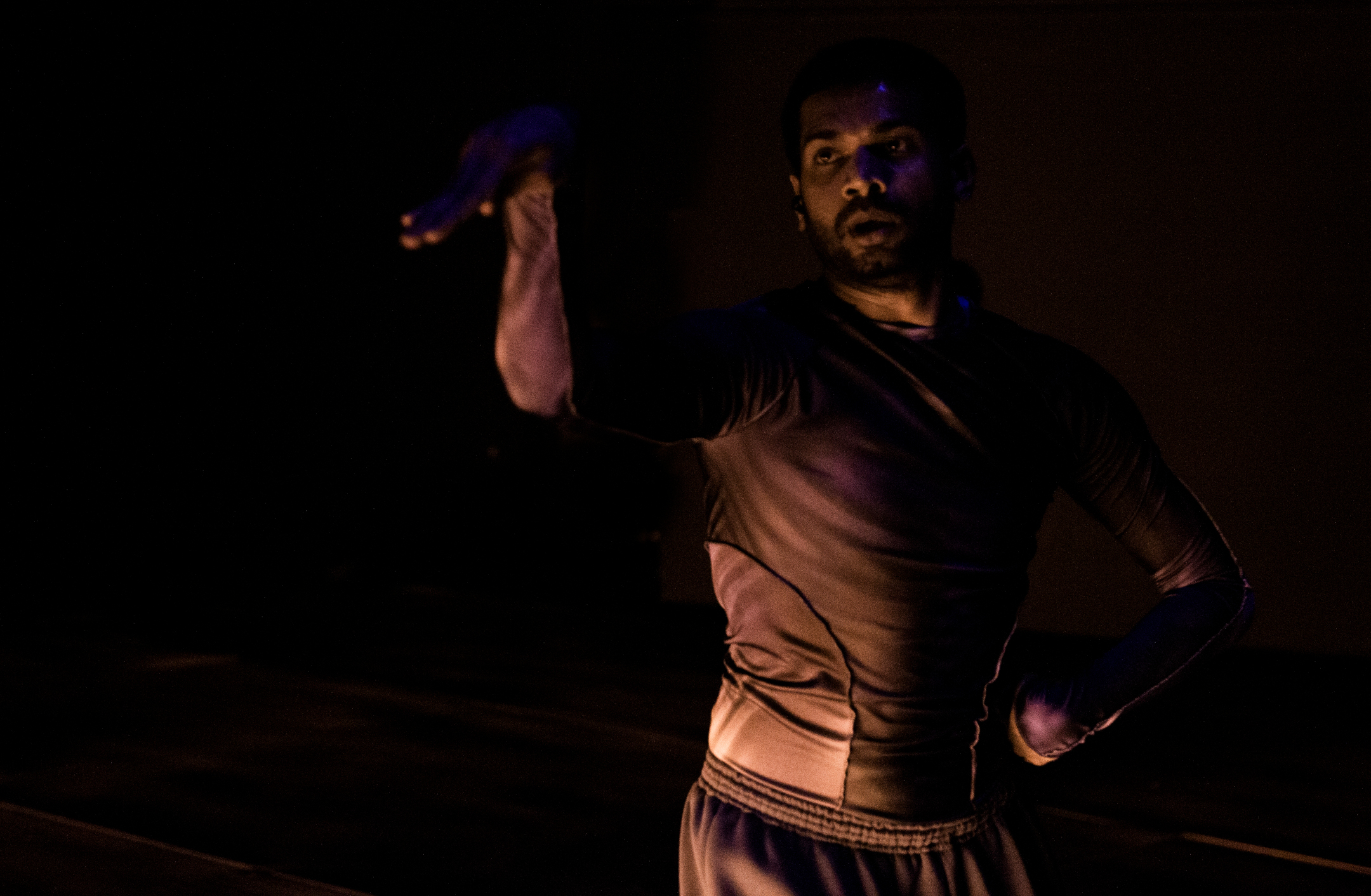 In Deep.Dance, a team of international artists replaces itself with an artificial intelligence. A complete choreography, created by an artificial neural network that they programmed, is executed down to the last detail by three dancers. The strangely familiar movements open up an emphatic view into the hyper-logical world of code and confront the viewers with a construct that is accessible to few people and yet determines our future. The Hamburg based choreographer Jascha Viehstädt -> creates a silent and soft world of statistically predetermined movements that makes tangible what it means to have human creativity computed by a machine. In this way, the uncompromising simplicity of the piece offers an insight into the basic mechanisms of software and machine learning and questions the hopes and fears that are projected into the development of artificial intelligence.

In some of his most recent works and collaborations, the Hamburg choreographer Jascha Viehstädt -> explores the relation of dance, technology and software. Together with the Costa Compagnie →, the director Felix Meyer-Christian and the media artist and developer Erik Kundt, among others, several works have been realised within this thematic complex. The common interest lies in the artistic investigation of global transformation processes - those that strongly influence individual as well as social life and potentially change it in a sustainable way. When the performance OK, GOOGLE was developed with the Costa Compagnie in 2018, public interest in artificial intelligence had just reached a new peak. The piece focused on the voice assistant “Google Home”, which was based on the latest developments in the field of artificial intelligence from Google, and created a vision of the future of real and digital performers in a joint symbiosis. The attention of a broad public is accompanied by many fears, hopes and prejudices about AI. However, the justified concerns about overarching computerisation and inscrutable complexity in technological development are always countered by the highly dynamic vision of creating a construct that can think and act on its own. Although this vision is more the driving force behind today’s development and wishful thinking than it is likely to become reality in the foreseeable future. The inspiration and starting point for Deep.Dance was the desire to explore the technology and development behind the hype surrounding “artificial intelligence” and to understand how useful, realistic and desirable its use in artistic work is. This is accompanied by the question of creativity itself: can a software or a machine be creative? And if so, what distinguishes a human being from a machine or software?

When it comes to the topic of artificial intelligence, this usually means machine learning. Put simply, it is a technology that makes it possible to create software programmes through training instead of exclusively using conventional programming. Typically, software consists of a series of instructions (algorithm) that describe, as completely as possible, the steps that a programme or machine must take in order to perform a certain task. In conventional programming each individual step is described by humans. Modern software comprises very complex and enormous numbers of these instructions and therefore mostly builds on already existing or automatically generated segments. But basically, every single step is actually thought and built by humans - and theoretically completely comprehensible and explainable. In machine learning, only the basic structure of the software is programmed by humans (e.g. an artificial neural network). The software is then trained with data in order to independently “learn” the functions it is supposed to perform later. For example, if such software is to distinguish photos of cats or dogs, it is trained with a large number of pictures. The software first guesses completely blindly which of the two animals is to be seen in a picture and is then corrected by a human. This process is repeated automatically thousands, if not millions of times. Over time, the software learns to distinguish correctly between dog and cat. The crucial difference to conventional programming is that the software has not been programmed with thousands of detailed instructions that would enable it to distinguish a cat from a dog. Instead, the software has learned to do this on its own, using only data that was correctly labelled by humans. It remains unclear what exactly the software does to distinguish motifs in the pictures. The structure, the neuronal network, which is still built by humans, dissolves quickly in an incomprehensible complexity and depth due to nested and interacting levels; hence the term Deep Learning. What exactly happens inside the software remains a black box. Even if the functioning of an AI is based on logical, mathematical principles such as probability calculation, the decisions are less and less comprehensible to the human mind as the complexity of the task increases. Simply because of the sheer amount of data with which a neural network is trained and the unimaginable speed with which today’s computers can process such data sets.

For Deep.Dance, Erik Kundt, Nikolas Zöller and Lea Schörling programmed such a neural network (read more about the coding →) and trained it with movement material from 15 different dancers. Afterwards, the network was able to move a stick figure in 3-dimensional space using the coordinates of several keypoints: For each fraction of a second, the network made predictions for the following fraction of a second as to how the figure or the coordinates of the keypoints would most likely move. Based on the learned material, the software created an approx. 60-minute movement structure (excerpts can be viewed at AI Choreography →). The resulting choreography is not a simple reformatting of the training material, but rather a calculated combination or average of it, combined with predictions of very probable subsequent movements. Although the material resembles the training material, it is still a “new” creation.
The resulting choreography is the core part of the work. We tried to use as little data or training material as possible and to leave the movements generated by the AI as unprocessed as possible in order to provide a better view of the processes and functioning in a piece of software through a low level of complexity.

Just as a score of a piece of music played by an orchestra reveals to the audience a glimpse into the composer's head, Deep.Dance primarily sheds light on the inside of a piece of software and tries to give the viewer an emphatic access.


In the current debate about artificial intelligence (but also about technology in general), the sheer complexity and depth of the processes usually obscures what is actually happening and, in this case, gives rise to the myth of an intelligent artificial intelligence in the human sense. Simply because it is easier and more fascinating to believe in this than to make processes comprehensible or understandable and to deal with the real, much more urgent social consequences of technological development.

In summary, the work focuses on a still great unknown in research on human intelligence and artificially intelligent software: creativity. What is creativity and can it be produced by machines? Deep.Dance confronts us, the makers, and all creative workers, with the questions: What happens when the choreographer is not a human being but a piece of software? What does it mean when we follow what might be a creative process of a machine and not the other way around? And what impression does this create for an audience? Is creativity just a very complex collection of many but simple data? As a case study on the human body, we want to find out what AI can do today, whether it might actually make itself irreplaceable in the future via learning or simulating creative processes, and whether we are willing or it makes sense at all to share our creative and physical capacities with an AI software and subordinate ourselves to it.